Here follows a list of the main UK Bull Terrier Shows for the month of October. If you plan to attend any of these shows please make sure to double-check the dates and details beforehand, – they are correct with the K.C. website as of the time of writing, but there is always a possibility that these can change prior to the show in question.

While I’m in show information mode, I’ve just received a Schedule for the Notts & Derby District B.T.C. Championship Show in December. Rather than give all the various details I’ve just scanned the cover so you can see them all for yourself. Please make a note of the closing date for entries if you intend to take part with your own dog/s. 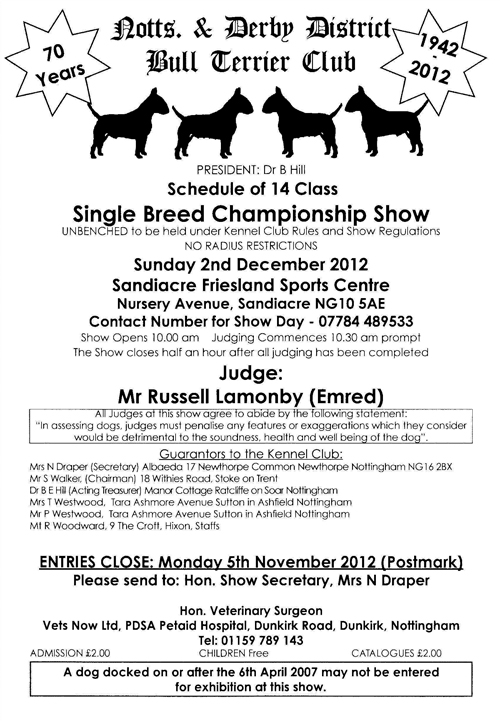