Sorry folks I keep forgetting to name these mystery Bull Terriers I pose now and again, but then again it gives more time to try and identify them…

You may recall from the photograph below that the most recent one was a brindle bitch from the 1970’s – a Champion indeed – and the clue I gave was that ‘she wasn’t shown by the same kennel she was born from’. Major good clue or what, I really narrowed the field down there didn’t I?

Quite a difficult one to identify then I felt, a brindle bitch Champion from the 1970’s who was born in one kennel and shown by another – whoever could it be?

Well, it was none other than Ch. Hardra’s Sunbeam – a bitch born in the Hardra’s kennel but taken and shown by Phyllis Holmes of the Monkery Bull Terriers.

Gold star to anyone who got the correct answer.

Many thanks to Lowisa Grieves for a copy of the photograph. 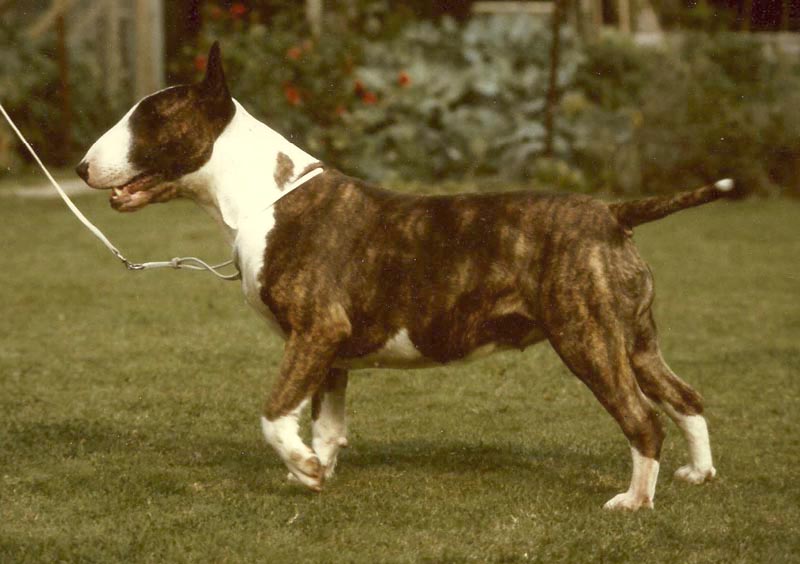