Many apologies, I put up a mystery Bull Terrier to identify at the end of February but had forgotten to identify her – I must have too much on my mind?

As you may recall it was a white bitch from yesteryear and I gave you a clue in the title of the post – ‘At The Double’. By that I meant she had won both the Regent Trophy and the Ormandy Jug For Bitches in the same year, which might not be the best clue in the world as more than one bitch has managed that over the years.

The bitch in question was from some time ago, around the mid-eighties – Gold Star and 10 out of 10 if you correctly identified her as Ch. Bella Bianca Jackenna. 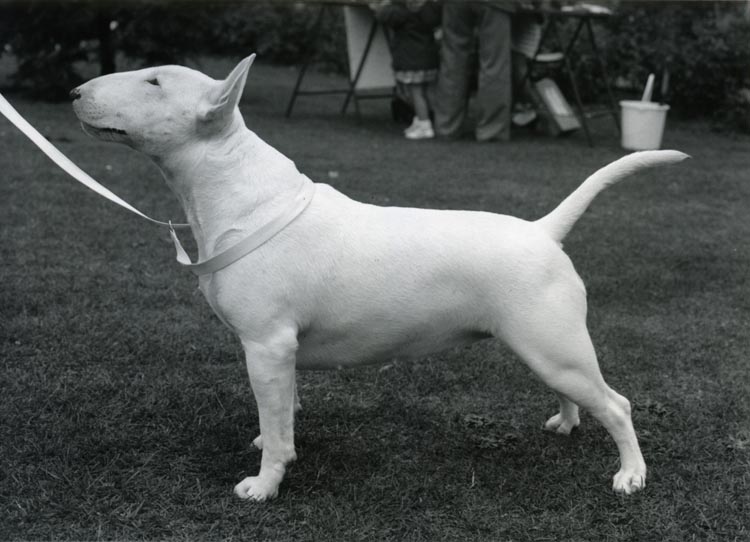 Many thanks to Julia Ovchinnikova for supplying the photograph; hopefully I’ll feature another one quite soon that has the breed’s followers scratching their collective heads.